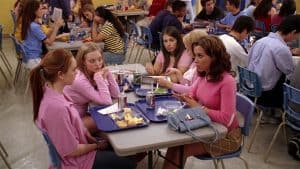 Denise was the envy of her co-workers. They spent many rushed fifteen-minute breaks and half-our lunches together in the crowded, stuffy, hospital cafeteria. Twenty-five-year-old Denise was beautiful with her long dark hair and matching brown eyes. Her lean body was such that a person knew she never had to count calories. But her business associates soon learned she was more sensitive about being thin than they were about being, well, not so thin.

Denise’s outward appearance, with her ready smile, masked all the hurt and pain she held inside until she missed work for two weeks in a stressful period of her life. Her supervisor had to escort her to the emergency room when she was unable to breathe while at work. Serious stomach problems, anxiety attacks, difficulty in breathing and sleeping, and depression plagued her.

As a child, Denise had to adjust to numerous schools. After moving from Inglewood, California, to Tukwila, Washington, during second grade, she did not know how to read. Frustrated, she told her teacher, “I’m just not going to do it!”

Her instructor explained, “Denise, if you don’t learn how to read, you won’t be able to get a job or to even order food at a restaurant.”

Convinced she could not take the easy way out, Denise started to work hard and by the end of the school year, reached the top of her class.

At the age of fifteen, Denise was uprooted to Whitefish, Montana, where relatives helped her care for her younger brother, and her ailing mother. Her mother had been diagnosed with lung cancer and given only months to live.

When recalling this time in her life, Denise managed to press her full lips together, then explained, “While every other girl was worried about what to wear to the homecoming dance, I worried about what people would think seeing me pushing my mother in a wheelchair, hooked up to oxygen, wearing a turban to cover her hair loss. While other girls were enjoying their dates at the homecoming dance, I wondered when my mother would have her next chemotherapy treatment.”

“When my mother died three months later, it was amazing the weight that lifted from me. I could finally be a teenager again and go to dances without wondering if that night would be the night my mother died, and I would miss saying goodbye. The hardest thing I had to do was to watch her go from being vibrant and full of life to being only a shell of what she once was.Ready to see her free of pain, one night I pleaded with God to please take her. That night she died.”

Her mother’s death was only one of many wounds. Before Denise was born, her mother left her father to live with another man. While still young, she remembered praying in the middle of the night for God to stop the loud quarreling between her mom and her boyfriend. She shielded her younger brother from the fights as much as she could. When he was drunk, the man beat her older brother with a chair.

The same year her mom died, the boyfriend of her mother died. Denise and her younger brother went to live with her mother’s cousin while her older brother faced life on his own. Her second cousin, Marie, of about the same age, became like a sister to her. To this day, she refers to Marie as “Sister.”

At the age of eighteen, Denise married a twenty-two-year-old marine. A year later, she took in her fourteen-year-old brother to live with them. After about three years, her husband told her, “I really don’t love you. The marital benefits increased my paycheck.” She cried in his arms. 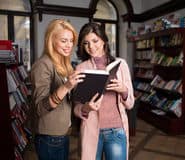 With her marriage falling apart and feeling alone, Denise asked Marie to go shopping. They liked the South Coast Plaza, in Costa Mesa, California, especially the Barnes and Noble bookstore.

It was on this day that Denise was unexpectedly brought to the turning point in her life. The two girls found themselves in the spiritual section looking at books about angels. Suddenly, a gray-haired lady approached them and pointed out some other angel books that were good reading. Then, she started talking about Jesus, and said, “Jesus loves you.”

Denise always became defensive when strangers started preaching to her. She had built a high wall against anyone who appeared to be a religious freak or a holy roller. Her natural instinct was to tune the woman out. Her parents referred to themselves as Christians because they believed there was a God. Denise also considered herself a Christian and adopted the attitude from them that if a person was enthusiastic about God, that person was a fanatic, and that was bad. The only time Denise heard the name of “Jesus Christ” mentioned in her home was when it was used in vain.

Suddenly, the lady had the girls’ full attention when she asked a question they had never heard, “Have you ever been saved?” What did that mean?

Further explaining, the woman asked, “Would you like to pray and ask Jesus to come into your hearts?”

Marie looked at Denise who said, “Yes,” so Marie answered yes. They grabbed hands, bowed their heads, and prayed together-asking Jesus who died for their sins to forgive them, and then asked Him to come into their hearts. The woman then took each girl’s face in her hands and one-by-one, looked into her eyes, and said, “I can see a difference.”

Denise hurried home to look in the mirror to see if she looked different! No, she thought. Later, she told her co-workers, “Whatever I received, I didn’t know what to do with it.” The lady had encouraged the girls to get into a Bible-believing church, pointed one out to them, and walked away.

For two more years the girls drove by churches wondering if they would be good ones to visit, but they never did. They wondered if they really were different. Was that encounter for real? Did they meet God that day? Did Jesus Christ actually come into their hearts? Hungry and searching for answers, they both found they wanted to read their Bibles. Denise had a King James Version (KJV), given to her by her first father, but it was difficult to understand.

As Denise experienced lack of love and communication with an earthly father, she found herself reluctant to trust a relationship with someone called a Heavenly Father. Denise felt abandoned by her mother. She married to find love from a man who did not know how to love. She felt used. Could there be Someone who was real and who would never leave her? Was it possible to ever be loved and to feel happy? All these questions were answered for Denise as time passed.

Through her searching, Denise discovered what happened to her in the bookstore also happened to a young woman in the Bible. In Genesis, the first book in the Old Testament (O.T.), Chapter 16, El Roi, our Heavenly Father Who Sees, reveals that He yearns to have an intimate relationship with us. Furthermore, this chapter also gives the principles that guide us in gaining that intimate relationship which helps us to overcome any challenge we could ever face in life. We will decipher verses 7-14, one-by-one, to see how they relate to Denise and us.

In the story prior to this special chapter, God promised Abraham if he would leave the land of his father, the land of Mesopotamia, or present day Iraq, God would bring him to a land He would show him. After arriving and settling in the land of Canaan, or present day Israel, God promised Abraham He would give him a son, one coming from his own body, and that his descendants would be as numerous as the stars. However, ten years later his wife Sarah was still not pregnant.

Sarah told Abraham, “The Lord has kept me from having children. Go, sleep with my maidservant; [Sarah had a maid named Hagar, who was probably given to her as they left Egypt from a previous trip] perhaps I can build a family through her” (Gen.16:1). The emphasis on “I” is added because actions stemming from self rather than God always backfire, resulting in chaos.

Abraham agreed and slept with Hagar who conceived. When Hagar knew she was pregnant, pride consumed her as she now viewed herself superior to her mistress. Sarah said to Abraham, “You are responsible for the wrong I am suffering. I put my servant in your arms, and now that she knows she is pregnant, she despises me. May the Lord judge between you and me” (Gen.16:5).

“‘Your servant is in your hands,’ Abraham said, ‘Do with her whatever you think best.’ Then Sarah mistreated Hagar; so she fled from her” (Gen.16:6). This brings us to these key verses:

7 The angel of the Lord found Hagar near a spring in the desert; it was the spring that is beside the road to Shur.
8 And he said, “Hagar, servant of Sarah, where have you come from, and where are you going?”
9 Then the angel of the Lord told her, “Go back to your mistress and submit to her.”
10 The angel added, “I will so increase your descendants that they will be too numerous to count.”
11 The angel of the Lord also said to her, “You are now with child and you will have a son. You shall name him Ishmael, for the Lord has heard of your misery.
12 He will be a wild donkey of a man; his hand will be against everyone and everyone’s hand against him, and he will live in hostility toward all his brothers.”
13 She gave this name to the Lord who spoke to her: “You are the God who sees me,” for she said, “I have now seen the One who sees me.”
14 That is why the well was called Beer Lahai Roi; it is still there, between Kadesh and Bered.  Genesis 16:7-14