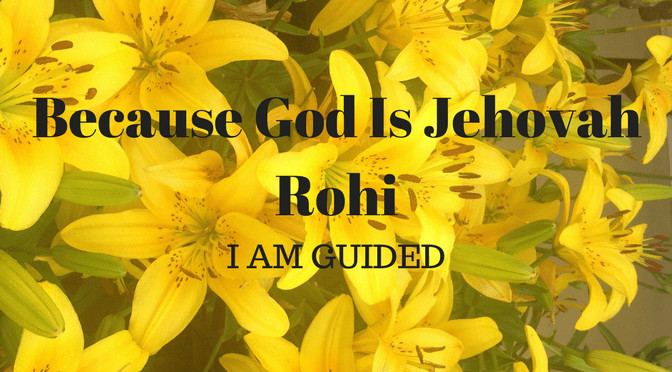 Our Story of Learning Guidance

Our hearts were in turmoil. There was no peace for either of us in our present situation without God’s guidance, even though Jim was making good money. I worked during income tax season and was able to stay home with our two preschool children. We were renting a nice house with eighty pine trees in the yard, but we were miserable. We had absolutely no idea what to do. All we knew is that something had to change.

A minister mentioned something that caught our attention, “God has a plan for your life. That plan is demonstrated in the Bible as the Promised Land to the children of Israel.” We started to read our Bible with this in mind. How do we know God’s plan for our lives?

Jim and I discussed, “What is truth? What really matters?” The Holy Spirit brought to our remembrance a verse of Scripture we had learned in Sunday school as children. Jesus told his disciples, “I am the way and the truth and the life. No one comes to the father except through me” (John 14:6).

“If Jesus is the only truth and life, then why aren’t we following Him?” we said. 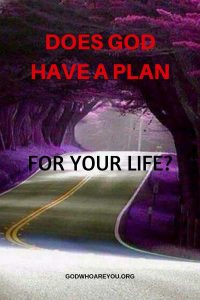 Together, we repented before God for not making Him first in our lives (even though we were going to church), and decided to find that Promised Land plan that God laid out for us before the very foundation of the world (see Eph. 1:4).

We had heard the story of the escape from Egypt and the deliverance through Moses and the wilderness journey, but reading it for our personal guidance brought no comparison. We realized we were as much in bondage as Jacob’s offspring in Egypt. We searched the Scriptures to see how they got there. We were shocked to find Genesis 46:2-3, “I am God . . . Do not be afraid to go down to Egypt, for I will make you into a great nation there, I will go down to Egypt with you, and I will surely bring you back again . . . .”

We were amazed that God told Jacob to go to Egypt where bondage was the plan so He could get them out of it, and then get the glory for doing so. We realized it was not a mistake for us to be where we were–in bondage–and that God was with us and hearing our groaning as much as He heard the Israelites (see Exod. 6:5).

We had felt the $10,000 debt we made for ourselves was something we had to deal with in our own strength–and the job, too; but, now, we knew God wanted to deliver us, His way, and that deliverance was His job. 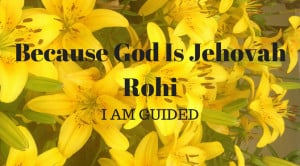 We both felt Jesus tugging at our hearts with these words, “Now are you willing to relinquish all and follow me?”

The Lord continued to show us that He had met His disciples before the time He asked them this question. It was as though, He was still walking along the seashore saying, “Come, follow me.”

Our answer could be nothing other than yes. It was no different than when some of Jesus’ disciples turned back from following him, “‘You do not want to leave too, do you?’ Jesus asked the twelve.

“Simon Peter answered him, ‘Lord to whom shall we go? You have the words of eternal life. We believe and know that you are the Holy One of God'” (John 6:67-68).

It was time to act on our faith and to take a stand. Having God’s Word on it, I could confidently tell Jim, “I think you ought to resign. If so, I will never second-guess your decision.” Feeling he could always find work, he put in his notice.

We read all the book of Deuteronomy; then, reread it again. The day after the job notice was up, August 1, 1978, when we had been in Carthage eleven months, God quickened Deuteronomy 1:3 to us, “In the fortieth year, on the first day of the eleventh month,” after the children of Israel had been in the wilderness.

Verse 6 also popped out at us, “You have stayed long enough at this mountain. Break camp and advance into the hill country . . . .” “How do we do that?” I asked Jim.

Jim found it first. We did not know the children of Israel had to cross two rivers. All that was in our minds was the Red Sea, with Moses (Charlton Heston) holding out his rod so the people could cross over on dry land. But, they had to cross the Jordan River, too! The book of Joshua brought more light to our path, confirming our way, to stand still and hear the words of the Lord.

“Sit still” is what we did, with the encouragement of two Godly women we could talk to. Other well-meaning friends said, “If you think you want to work for the Lord, why don’t you go to seminary?” We knew this could not be God’s plan because we were already in debt with school.

This only caused us to search more Scripture to discover that Jesus’ disciples did not need seminary to be used by Him. Even the apostle Paul, after meeting Jesus, did not consult any man, but went immediately into Arabia to seek the Lord and later returned to Damascus when he began his ministry (see Gal. 1:15-17).

Jim and I were flooded with peace as we camped at the river’s edge, listening to the words of the Lord; that is, until the three days turned into three months, and we came down to the last $3.00 to our name.

You have just read one fifteen-minute segment of two chapters in the book GOD Who Are You? AND Who Am I? that gives details about how we are like sheep and need a Shepherd’s guidance. This second chapter detailed the 3 harbor lights to watch for as we seek God’s plan and guidance for our life. I think about these lights every day, because that’s how often I need to make a decision.

This printable of the 3 harbor lights will give you a hint of the secret to really knowing how to follow the Lord with confidence–if you’ve not read the whole chapter. To know more about the free eCourse, click the LEARN MORE  link below. We would love to have you join us. May God bless you in your quest.

Here is your MAKE IT PERSONAL – SHIP’S PILOT