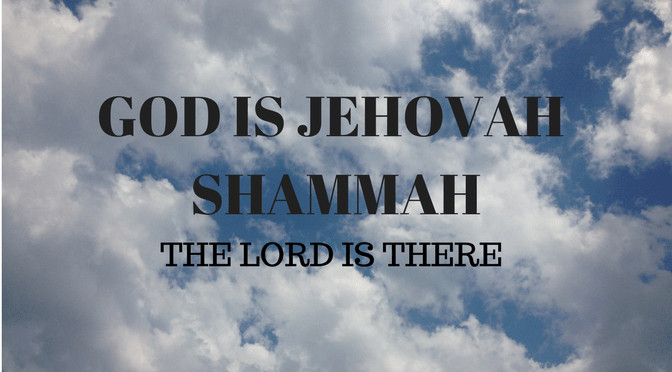 Our youngest son, Hank, will graduate from college with his wife Tara—he with a construction engineering job contract waiting for him. She will be able to work from home continuing the photography business she began while in college.

Hank is no stranger to basic training and advanced camp, even though he chose a very different path than his two older brother’s military service. His desire is to give back to God and country—only in a different fashion.

Hank and Tara’s precious two-year-old daughter was born six weeks premature, and little Morgyn had to fight for her life. They fought with her—all while going to college, fixing up a small house, moving, and working regular jobs.

They are also expecting their second child and our sixth grandchild after their graduation—shortly after our daughter Francy, and her husband Scott, have their third baby boy—Riley and Cooper’s brother. Our oldest son, Kurt, and his wife Davi have a baby boy, Hugo Henry, who was born ten months after Kurt’s second heart surgery.

Hank and Tara overcame—as his siblings have done. They came through the first three stages of teamwork and are at the performing stage. They met each other while freshmen in high school and spent a number of years in the forming stage. No one was sure their relationship would survive because the storming was so intense during the same timeframe.

Hank left town to go to college to try to make new relationships. All it did was make for a high cell phone bill—while in the norming stage. He transferred to the nearby college where Tara was and back to his old bedroom at home until he could afford to get his own place. [Jim and I do not believe parents are responsible for paying for their children’s education or cars. How else can they learn personal responsibility—even if they make a mistake? How else will they learn to look to the Lord on their own?]

Why do I go into all this? First of all, Hank and Tara wish to be transparent and want you to know anything can be overcome when facing it after turning to the Lord. Second, when I learned we are living in the latter days, I asked the Lord if I would ever see my grandchildren. Little did I know I would be needed to help in the fight for one grandchild’s very life.

While pregnant with Morgyn, Tara had the worse case of preeclampsia her doctor had ever seen. She could not be transferred the miles to the neonatal intensive care unit with her daughter. I had the privilege of spending that first day with Morgyn. She was on a ventilator to help her lungs mature, sedated with all sorts of tubes extending from her. I was instructed not to touch or rub her. Those actions would only irritate her while she was on the ventilator. All I could do was lay my hand firmly on her tiny diaper.

I prayed for her and Tara “in the name of Jesus” doing my best to use the authority in His name. My thoughts ran to Psalm 139 which speaks of God’s omnipresence (in all places at all times) and omniscience (infinite awareness and knowledge), that He searches us and knows us, when we rise and when we lie down—that He is intimately acquainted with all our ways. “Where can I go from your Spirit? Where can I flee from your presence? If I go up to the heavens, you are there; if I make my bed in the [darkest] depths, you are there” (Ps.139: 7-8).

It had been years since I’d read that chapter, so I sat down to refresh my mind. I opened my Bible and these words had new meaning, “Before a word is on my tongue you know it completely, O LORD. You hem me in—behind and before; you have laid your hand upon me. Such knowledge is too wonderful for me, too lofty for me to attain” (Ps.139: 5-6 emphasis mine).

The LORD knew I would be praying for Morgyn long before that day in that little room where she could not move. Those words seared into my soul, You have laid your hand upon me—upon a less than four-pound little baby and upon my family.

Those words are truth for all families who trust in God. I discovered, “He was there.” He has been there and is there now, and He will be there in the future for all our children and grandchildren, in whatever form that will be, “for where the Spirit of the Lord is, there is liberty” (2 Cor 3:17 NASB). And that is what this chapter is all about:  Jehovah-Shammah: The LORD is there. Praise be to His Holy Name! Where is there? Anywhere we need Him to be, now and in the future.

Hank’s dream when he was nine years old

Years before, Hank found the Lord to be there—in a hellish dream. When he was nine years old, I heard him crying during the night in the next room. He was so distraught he was unable to speak for some time. Finally, he told me his dream and wrote it down at the time. Later on, as a young man he wrote his interpretation of it:

Our family was traveling in our station wagon as we often did on family trips. There were no roads; we were driving through a barren desert. The only structure around was a simple hut-like building hovering high above the ground. As we pulled up to it, we all got out of the car and entered the hut by climbing the ladder to it. I looked back at the car we just left and the ground liquefied and the car sank into mud.

The inside of the hut felt like a hospital waiting room and parts of it resembled one. To the left was a wall with a bench along it and next to that were openings in the wall with billowing fire pouring out of them. People who looked like holocaust victims were being forced to work near the fire pulling on belts that led out of it. In front of me was an office made of cheap wood-paneled walls and a plain, brown door.

While we (our family) were in the process of being put to work I realized that we were literally in hell. I broke down and sat on the bench next to the wall. Next to me was a bald, sweaty, fat man in tears. He kept saying through his sobs, “I can’t do this anymore. I don’t belong here.” Immediately, I started to cry and pray. I asked the Lord to save us from hell and keep us safe.

Right away, the door to the office opened and an old man with gray hair came out. He was dressed in a white, collared shirt with red suspenders and looked very weak. I knew this was Satan. He ran his hand through his hair like he was frustrated and called everyone’s attention. He said, “I’m getting old and tired and I don’t think I can do this anymore. I’m going to have to let you all go home.”

I remember waking up very upset and not knowing why. I told my mother about my dream. She turned in her Bible to Romans 10:13 and read, “Everyone who calls upon the name of the Lord will be saved.”

Later that week, I spoke to our pastor. He led me in prayer to accept Jesus as my Savior, and I was later baptized. [This was his second encounter with billowing smoke and fire. Refer to chapter 20.]

Hank Found Jehovah Shammah to be THERE when he needed Him

I asked Hank what the devil’s face looked like. He said, “he was all wrinkles and looked very, very old.”

Years later Hank explained, “The place outside the devil’s office, like a waiting room, was outside of hell. The mud meant there was no way out, no escape—slavery—and the only thing that could save me was a miracle—calling on the name of Jesus. I had thought I was a Christian because we prayed every night.”

Hank’s dream is in line with Scripture, for Revelation 12:12 says, “[The devil] is filled with fury, because he knows that his time is short.” He knows; therefore, we should know.

I’m going to have to let you all go home. When Hank first told me this dream, my impression was that “going home” meant at the Rapture. That is what all said to me. This was years before the two events I have shared with you. I am now enthralled with the word home. Where is home? What is this place Jesus said He was going to prepare for us and then come back to take us there to be with Him (see John 14:3)? And why should it matter to us now?

Research of this question brings us to the city of Jerusalem where one day soon Jesus, as Jehovah-Shammah, will live in physical form. There is only one verse of Scripture in the whole Bible that tells about Jehovah-Shammah. This name of God is mentioned in the very last verse of the book of Ezekiel as he describes the future Jerusalem: “The distance all around will be 18,000 cubits. And the name of the city from that time on will be: THE LORD IS THERE” (Eze. 48:35). We know this word there means omnipresent when referring to the Lord—in the past, in the present, and in the future—but it also points to the future Jerusalem. 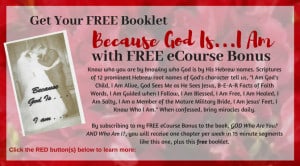 If you enjoyed this excerpt from my book, GOD Who Are You? AND Who Am I? Knowing and Experiencing God by His Hebrew Names, I invite you to sign up for my FREE eCourse bonus to the book at the link above, or LEARN MORE