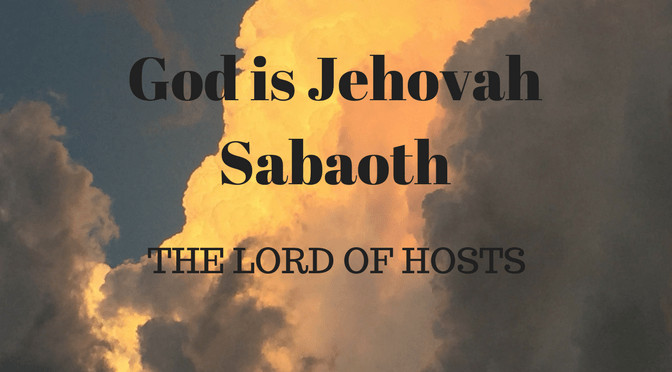 The prophet Haggai encouraged the children of Israel after they returned to Jerusalem over seventy years before. They were rebuilding the temple which had been destroyed when they were taken into Babylonian captivity. He reminded them of the words of the Lord:

“As for the promise which I made you when you came out of Egypt, My Spirit is abiding in your midst; do not fear!”

For thus says the Lord of hosts, “Once more in a little while, I am going to shake heavens and the earth, the seas also and the dry land.”—Haggai 2:4-6 NASB

The Mature Bride Cannot be Shaken 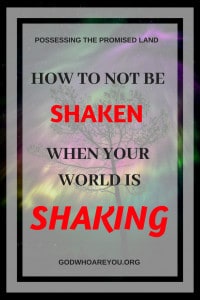 Jo Anne Swezey was to find out personally just what being shaken meant. She experienced the Lord of hosts’ protection and abiding in her midst when an F4 tornado destroyed her home, her son’s house, and her mother’s home. Fifty-five homes in the small Kansas town of Franklin in 2003 were whisked away, including the post office. Only one person died.

When the tornado was approaching, Jo Anne prayed. Many times previously the tornados would change paths. This time, the Lord told her, “Leave!” She and her family left, but her eighty-eight-year-old mother chose to stay. She was found one block away so mangled paramedics would not allow them to see her. The interesting thing is that her mother insisted on being baptized the prior Easter Sunday.

When Jo Anne went back to pick up the pieces, she was flooded with peace. It was like God took over her body in which she could feel nothing—a very strange experience. While sifting through the rubble, songs poured through her heart. Songs sustained her in the night.

“I would be going crazy!” a friend told her. People cried when they talked with her.

“So would I if it were my strength. Don’t cry.”

“There’s such a Presence and sweetness as you speak,” they all told her.

Later, going back to the place where her house used to be, Jo Anne looked at the ragged trunks of the once beautiful huge trees that provided shade for her yard. She thought, are they going to die?

She could not believe her eyes, though, as she saw green sprouts growing from the trunks.

She heard the Spirit of God say, “The Life is in the root.”

She knew the tree never depended upon the branches for life and growth, but now it was so plain to her. She felt a burden lift as God revealed she had been striving to produce that Life. It’s all Him, she thought. 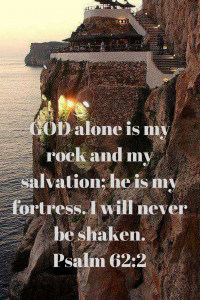 .She overcame each trial with Jesus by her side. Through the process, God overturned her timid nature into boldness for Christ.

She was raised in a moral, but non-Christian home. As a young nurse at twenty-one years of age, she was caring for a man one night. No windows were open, but she felt a breeze come in the room. When she looked to see where it was coming from, Jesus was standing near the bed with his right hand extended toward her. Looking deeply into her eyes He spoke gently yet with authority, saying, “Follow me.” And he left.

After that, she tried to read her Bible but could never understand it; then, she went to a conference led by Frances and Charles Hunter. She believed Frances when she said, “You need to receive the baptism of the Holy Spirit.”

Jo Anne went to the front of the room to receive the Holy Spirit that night, and realized afterwards that things were different. She could understand her Bible and would read it until the wee hours of the morning—with an unquenchable thirst.

Jo Anne married a man named Walt and they had four sons and one daughter; one son was born diabetic and another was born with birth defects which were destroying his kidneys. In addition, Jo Anne developed multiple sclerosis—the fast growing type. Doctors told her she would soon be bedfast. A lady asked her, “Have you asked God to heal you?”

“I can’t say that I have. Why would I do that?” Her medical background caused her to look only to doctors.

“Who is going to take care of you and your children when you are bedfast and gone?”

Jo Anne thought about it and decided that maybe it would be a good idea to ask. She simply prayed, “God, I would really appreciate it if you would heal me so my husband will not have to take care of me and our children.”

One day at a time, slowly and amazingly she grew stronger. Her vision returned and her speech became plainer until she could walk unaided. She asked the doctor if her son with kidney problems would live to be a grown man. The doctor said he would not, so she gave her son and other children to the Lord—trusting God with them. Five years later, the son’s kidneys fully functioned, when medically speaking, kidneys do not regenerate. The doctor said, “Someone higher than I had a hand in this.”

The other son with the diabetes developed holes in the retinas of his eyes. Sometime later, the doctor said, “There are no holes in your son’s retinas!”

With each trial in her life, Jo Anne felt lighter and became a better person. She said, “It was like breaking an alabaster vial of costly perfume so it could flow freely” (see Matt. 26:7). Before the tornado, she would get discouraged about this and that. Since the tornado, eternal joy fills her soul as she sings, “I shall not be moved. In His love and favor, I shall not be moved.”

After the move, Jo Anne was to discover even more how much the Spirit of the Lord of hosts was in her midst. She lamented over the loss of her valued and rare study books that were no longer being published. While sorting through the recovered articles, one by one, she found them; other people had snatched them up.

The mature bride is legally on the throne – unshaken 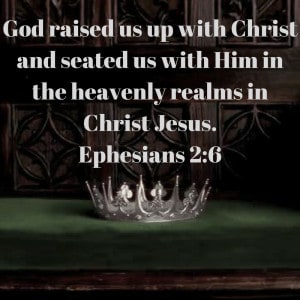 Today, Jo Anne has a booklet she wrote, Praying with Power, in circulation among 10,000 Christians in India. She revised that booklet into a small book containing more visions and stories with Scripture study of victorious living. It is a concise and thorough book on praying with authority—Born to Triumph.

One excerpt from it tells of a vision the Lord gave her:

We must remember that there is a time for praying and a time for asserting our authority. One evening as I was praying about a prolonged physical problem, I suddenly found myself standing before Jesus seated on his throne. As I continued praying, he said nothing and motioned to someone on his right. Three angels came forward carrying a beautiful, full-length ermine robe that appeared to be heavy, and they placed it around my shoulders. Without a word, Jesus leaned forward and handed me a silver scepter that had a small globe of the earth on one end, signifying my royal authority on earth. I was speechless! Yet the vision wasn’t for me only; it was a reminder to all Christians that there are times when we must exercise our authority if situations are going to change.

Jo Anne decided to speak directly to doors of opportunity to open for her, visualizing the scepter in her hand. Within hours, she received phone calls to speak. One opportunity was to share with a small group of women—to impart to them what she had learned. At this writing in 2007, miraculous signs and wonders are happening as she teaches God’s Word. Women are being healed and delivered of emotional, mental and physical problems passed from one generation in their family to the next.

What Jo did in speaking to her mountain (see Matt. 17:20), is no different than what Phyllis Croat did when her husband, Senator Michael Croat, died of a heart attack. She told the medical personnel, “Thank you; I appreciate all you have done, but you don’t have the final word over my husband.” She took hold of both his ankles and spoke these words, “Michael, come back in your body.” The heart monitor resumed its beat. She knew her royal authority. Both women demonstrate that death and life are in the power of the tongue (see Prov. 18:21).

Jo Anne seized her royal authority- unshaken, and is witnessing what the disciples of Jesus did after He left them in the world. “After the Lord Jesus had spoken to them, he was taken up into heaven and he sat at the right hand of God. Then the disciples went out and preached everywhere, and the Lord worked with them and confirmed his word by signs that accompanied it” (Mark 16:19-20 emphasis mine).

God gave Jo Anne another vision (one of many) of dark rain clouds hanging very low in the sky, ready to burst and release healing in the streets of the United States. She is a part of releasing those healing streams to others, just as Barbara and Pat are, because they know who they are—the mature bride—legally on the throne with Jesus Christ right now.

In Destined for the Throne, Billheimer further writes, “The Church, through her resurrection and ascension with Christ, is already legally on the throne.”[1] “God raised us up with Christ and seated us with him in the heavenly realms in Christ Jesus” (Eph. 2:6).We don’t have to wait until we get to heaven to be seated with Him. We are right now—with a scepter in our hand. Are we using it?

“God will not go over the Church’s head to do things in spite of her, because this would abort His plan to bring her to full maturity in the Son. He will therefore do nothing without her . . . God could put Satan completely away, but He has chosen to use him to give the Church training in overcoming”[2]—in order to reign with Jehovah-Sabaoth [The Lord of hosts] as our bridegroom, husband, Supreme Commander, King and Eternal Companion. 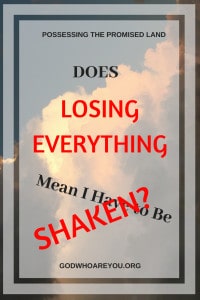