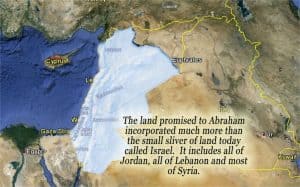 According to Hebrews 7, Melchizedek’s “name means ‘king of righteousness’; then also, ‘king of Salem’ means ‘king of peace.’ Without father or mother, without genealogy, without beginning of days or end of life, like the Son of God he remains a priest forever” (Heb. 7:2-3). This is to whom Abram gave his tithe (where the tithe originated), to one who was like the Son of God, “one huge priestly presence dominating the landscape always” (Heb. 7:3 The Msg). The writer of Hebrews interprets Jesus to be the permanent fulfillment of Melchizedek’s type of priesthood, “For it is declared, ‘You are a priest forever, in the order of Melchizedek’” (Heb. 7:17).