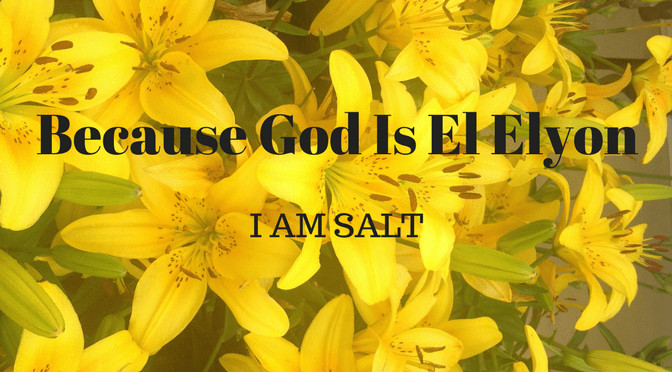 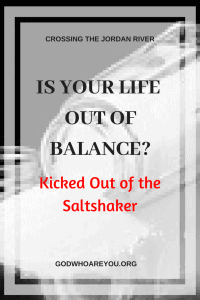 I had gotten my distributor pack of books and Jim was working at a construction job in the town where his sister, Ann, O., lived in Kansas. My books were still on the shelf not being used in business/ministry, while I scrounged for odd jobs to make a little money. We had a lot to learn before we understood what having salt in balance meant.

We rented a pretty nice house on the main drag in town. After moving in, we were told the house was to be bulldozed to make room for something else; we had to find another place to live. The only solution we saw was to buy a mobile home and move onto our in-law’s land that they offered. We felt like a ping pong ball, which now we see was salt bouncing out the shaker.

Balance came after being kicked out of the saltshaker

We must have been very stubborn because we found it very hard to see God’s plan and purpose for us. Our in-law’s church had found a pastor by now and no other doors opened. We were floating in mid-air.

Jim’s boss wanted to make him foreman on building the new middle school, and he felt this was not the way to go, but what was? Ann  O. told us about a man, Pastor Doyle Smith, in Great Bend, Kansas. She had heard him once and thought we could benefit from his counsel. We made an appointment and went. She was right.

Pastor Smith was teaching his deacons a book, Love, Acceptance and Forgiveness, by Jerry Cook (with Stanley C. Baldwin).[1] Jerry Cook and his wife began as pastors in a church with twenty-three people. After fourteen years, it had grown to 4,500. He stresses the difference between knowing our purpose and having a philosophy to live by. A purpose says what while a philosophy explains how and why, so is therefore much deeper than a purpose. 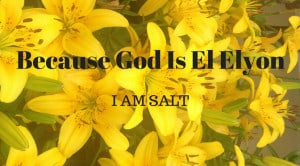 Pastor Cook outlines two philosophies Christians live by, whether known or not:

The church as the field: this is where the pastor does everything and the people go to him only for everything. If something does not happen within the four walls of the church, it’s not recognized as ministry.

The church as a force in the community: this is when the people are released to minister outside the four walls of the building. They take responsibility for the needs of people they meet and their fellow Christians, ministering to them in the name of Jesus. They are not made to feel guilty when not at church every time the doors are open; they have no need to call the pastor every time something comes up. The pastor sees his role as doing what the Bible says, to prepare God’s people for the ministry (see Eph. 4:12). The people feel empowered and set free to be who God called them to be on the job and in their community while mixing with people of all denominations, or no denomination.

After reading the book, Jim and I felt like thorns had just been uprooted in our hearts and insights planted with a breath of fresh air—Pastor Cook put in words what we felt. Jim had presented a neighborhood outreach plan to our pastor in Texas, but the idea had been rejected. It had been so ingrained in us that unless a person was ministering “in the church” as a pastor, or other administrative person with a title, we could not “really” be used by God. Other Christians felt the same, for they had told us, “If you feel you are called by God then go to seminary.”

Jim prepared his résumé to mail to all the Christian colleges in Kansas. That had to be where God intended us to go, right? No response. We mailed the same résumé to all the secular community colleges in Kansas. The next day, a phone call came for an interview. Cowley County had been looking for a psychology instructor and football coach for one year and had found no one—the identical job Jim was doing before moving from Kansas years before.

During these events, God was teaching me about balance. Here we were, spending a whole year and more inside the saltshaker, filling up with His Word, while God provided our every need as we learned to put His Word to work in our lives; then, nothing. We were barely scraping by to make ends meet—still giving from the top of our meager resources, but no new miracles as before. Had we put God in a box, expecting Him to cater to us now? Possibly. From His viewpoint, I think He saw us as His teen aged children who had graduated from His School of Faith and now He was trying to kick us out of the saltshaker nest, saying,

“Grow up! Get out there, stay close to Me, put into daily practice all you’ve learned—reflect My glory to a hurting world.” 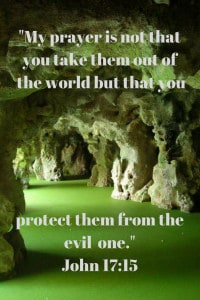 The Lord Most High had already given me a business/ministry, with the church as a force philosophy, to take the bookstore to the people that I now cherished with all my heart. Jim taught his classes with more fervor than ever before. Before he taught, now he taught. He coached before, and now he coached. Looking back, we can say, “the Lord our God carried us as a father carries his son, all the way we went until we reached this place” (see Deut. 1:31).

We vowed to encourage our children, and encourage some more. We chose to believe what Jesus prayed for his children, “My prayer is not that you take them out of the world but that you protect them from the evil one” (John 17:15). We sought to teach attitudes rather than rules, allowing our children to be involved in the world; thus, their lives. And the best was yet to be!

How awesome is the Lord Most High, the great King over all the earth!—Psalm 47:2

HERE is your MAKING IT PERSONAL – EL ELYON [GOD MOST HIGH]

[1] Love, Acceptance and Forgiveness (still in print) by Jerry Cook is in its thirty-seventh printing and has been translated into sixteen languages. Jerry has written a sequel to this book, The Monday Morning Church: Out of the Sanctuary and Into the Streets. This book lays out how Christians can be the Church, not just in buildings on Sunday, but 24/7 in everyday living.