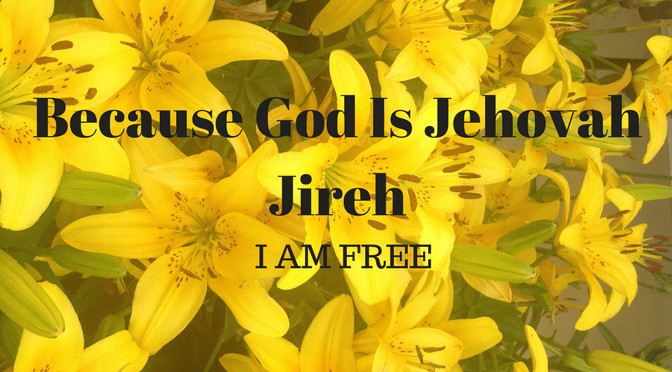 Lo, children are a heritage from the Lord, the fruit of the womb a reward. As arrows are in the hand of a warrior, so are the children of one’s youth. Happy, blessed and fortunate is the man whose quiver is filled with them! They will not be put to shame when they speak with their adversaries [in gatherings] at the city’s gate–Psalm 127:3-5 Amplified 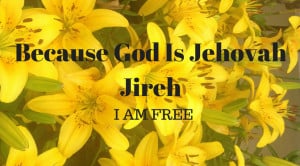 Bill and Martha had five children. They loved the Lord and brought their children up to love Him, too. Because of that, they reaped the promise that God would show “love to a thousand generations, of those who love me, and keep my commandments” (Exod. 20:6). They kept their children in the Lord’s hands. Their two military sons were in Vietnam three times, and in various places around the globe. They prayed Scripture over them, mainly from the fifty in the Old Testament that say God is our shield, such as, “You are a shield around me, O Lord” (Ps. 3:3).

When the sons returned, they told their parents, “There were times when we could hear bullets that should have hit us, but they didn’t.”

When Bill and Martha grew old and feeble, their five children spent three years or longer scheduling every fifth weekend to return home to care for them. This enabled them to stay in their own home until they died.

The younger son, Jim, married Ann. They had four children. Before their conception, they gave them to the Lord, even praying for their spouses, wherever they were at, and for those not yet conceived. They knew that through their growing years and thereafter, they would never be able to be with them twenty-four hours per day, to watch over them, seeing all and controlling all—God was the only able One. Not knowing they would be a military family, this younger son and his wife had to lay them on the altar a minimum of ten times:

So, what was the hundred-fold return on giving these four children and their spouses to the Lord? First of all, God used them in His service for their country and in various other ways. They found their independence and self-sufficiency under His care and keeping. The story is still unfolding, but to the present, all four children have spouses who love the Lord, and all are committed to each other—especially through difficult times. Family is important to them.

The firstborn son and his wife returned to their home state. When his father retired, he was there. [And before this book was completed, God blessed them with a baby boy ten months after his second heart surgery.]

During their daughter’s three-year stay in Germany, she became pregnant. Both mothers got their heads together and planned a trip for one week after the due date, to try to be there after their first grandchild was born. They arrived at the hospital as mother and baby son were being wheeled from the delivery room! And, when daughter and family returned from Germany to the states, they were stationed within four hours driving distance. An added bonus was another pregnancy upon their arrival—their second son!

The second-born son returned safe and sound from the two tours to Iraq. The third-born son’s marriage was to his high school sweetheart God had picked out for him, even though it came sooner than his parents had planned. Their baby daughter was born premature, truly a miracle—now healthy and a great joy.

Louise’s Freedom With Her Daughter

Louise’s daughter, Tammy—as listed on her birth certificate—went by Tami, to her own liking. Whatever her parents stood for, she rebelled against as a teenager and into her adult years, although she had made a profession of faith in Jesus Christ as a child. If it had to do with God, she was against it, even after giving birth to her son outside of marriage.

Louise gave Tammy to the Lord many years ago. Year after year, she kept trusting and asking God to send someone across her path who would influence her for the Lord. Finally, after changing jobs and rearranging her desk, Louise tacked up a picture of Tammy—acting silly, with a funny hat on, and looking happy. In faith, this is what she believed God for, to see her this way again. Other co-workers had professional pictures of their children on their desks, but not Louise. When they asked about her picture, she replied, “This is my daughter. Isn’t she beautiful?”

“Tammy, please settle down, and tell me what’s the problem.”

“It’s my car. I can’t change the station. I’m having a heart attack!”

“What do you mean? What car, and why can’t you change the station?”

“Well, mom, you remember those people I never liked who were Christians? They bugged me a few years ago. They had a car for sale, and I really liked their car. I didn’t want to even look at it, but I really liked that car, so I decided to look at it. I went over there and they didn’t even ask me about church, thank goodness, so I bought the car. Every time I put my hand to the radio to change it from that Christian radio, I couldn’t. I tell you, I can’t. ‘Something’ keeps my hand from touching it!”

Louise could hardly contain herself and almost laughed, “Tammy, so why are you having a heart attack?”

“Mom, I’m still having a heart attack, and that was two weeks ago. How can God do that? My name was spelled T-a-m-i, not with a y. He’s the only One who knows. How can I pray? I don’t know how.”

“Tammy, talk to God just as you are with me right now. He knows you. He loves you.”

“I know. I’m so sorry for the way I treated you and Sis. Every time I went to your house, I could feel the Holy Spirit. It was the Spirit I was reacting to, not you, not Sis. Please forgive me.”

Jan’s Freedom With Her Son

Jacob returned from Somalia with rage in his heart. He hated the Army. He hated that he could not come home when his wife, who was on drugs, wanted to abort his child. He hated everybody, including God, whom he had known as a child.

His parents did all they could to support him, his wife, and the child who did manage to be born. After they paid off their son’s loan so he could pay his bills, Jacob came to them again asking for money. Jan told him no.

That night was Wednesday evening prayer service at church. She asked her husband to go with her to the altar up front at church, to give their son to the Lord. “Something is wrong with Jacob. I don’t know what.” Her husband agreed to go.

At the altar, Jan prayed, “Lord, we place Jacob on the altar right now, just as Abraham did with Isaac. Whatever it takes to bring him back to You, we ask that You let it happen right now. He is Yours.”

That very night Jacob and a friend tried to rob a convenience store. The friend shot the attendant. Because Jacob was with him as an accomplice, he also went to jail.

After seven years in prison that brought him back to the Lord, Jacob said, “If I hadn’t been caught, I would have probably killed someone myself.” 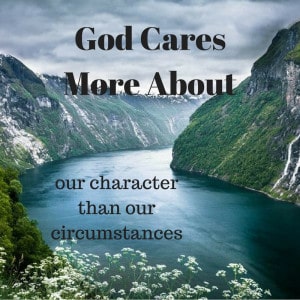 We don’t have a stone altar like Abraham did on which to place our possessions, professions, houses and family. But we can do it in the privacy of our own home, in the altar of our hearts, or by giving as an act of faith by praying at the altar of our church. Once that is done, when we have let go, looking at God’s ability, rather than our own, we have freedom, total freedom in Jesus Christ. We have to turn all control over to the only One who can do anything about the situation, and in the process He builds His character in us. He cares more about our character rather than our circumstances.

The hardest part is keeping that thing, that job, that person on the altar—not taking it back with worry. The refining process for us is learning the sacrifice of praise. “Through Jesus, therefore, let us continually offer to God a sacrifice of praise—the fruit of lips that confess his name. And do not forget to do good and to share with others, for with such sacrifices God is pleased” (Heb. 13:15-16).

What is the sacrifice of praise? It is our burnt offering of our own self to God through praising the Lord no matter the circumstances, “though the fig tree does not bud and there are no grapes on the vines, though the olive crop fails and the fields produce no food, though there are no sheep in the pen and no cattle in the stalls” (Habakkuk 3:17).

When we learned we are like a B-E-A-R, we learned that the “R” meant receiving through praise which claims our requests; however, this burnt offering sacrifice is when Jehovah-Jireh holds us in the refiner’s fire and the heat is blazing hot. We discover there will be no fruit on the vines until we learn that God inhabits our praise. He then gives us a deep knowing in our hearts that He alone—the Almighty Jehovah-Jireh—will make the provision of His choosing when His time is ripe, and not until then, and no matter the outcome of our obedience in praise. Why? Because He is the Teacher.

And though the Lord give you the bread of adversity, and the water of affliction, yet your Teacher will not hide Himself any more, but your eyes shall constantly behold your Teacher. And your ears shall hear a word behind you, saying, This is the way, walk in it, when you turn to the right hand and you turn to the left. —Isaiah 30:20-21 Amplified