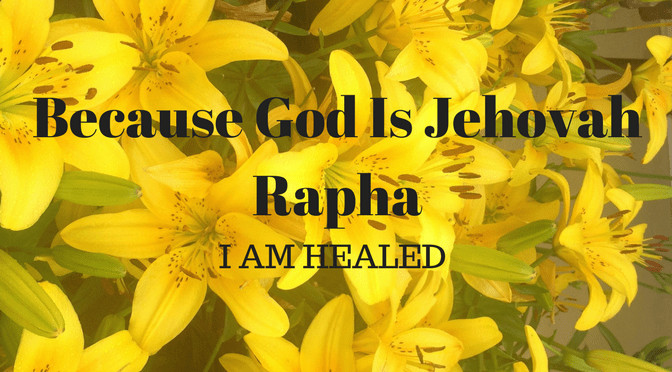 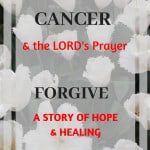 JESUS CAME TO PROCLAIM FREEDOM FOR THE PRISONERS – FORGIVE

Greg Anderson, author of Cancer and the Lord’s Prayer, found that sin was at the root of his problem. In 1984, a nagging cough revealed lung cancer. His left lung was removed. Four months later, he was in the hospital again to have a lump removed from the base of his neck. The surgeon closed him up because the cancer had spread too far. Greg was given thirty days to live . . . until he learned to forgive.

In his youth, Greg was part of a family who prayed at meals, before bed and on Sundays. His church prayed for him; yet all he knew to pray was, “Our Father, which art in heaven.” End of prayer. With the help of his wife, Linda, Greg found people who had been healed of cancer. He wanted to know their secret. Time and again, they pointed to the “Lord’s Prayer” as their answer. He was instructed to pray it slowly and deliberately. He could not get past the part, “And forgive us our debts, as we also have forgiven our debtors” (Matt. 6:12).

Greg hated his father, and he now realized hate had put him in prison. “At one of the lowest points in my cancer journey, Linda helped me begin to understand how blaming both my earthly father and my heavenly Father, one for abuse and one for perceived abandonment, simply added to the suffering I was experiencing.”[1] Greg made a list of those he needed to forgive, with his dad and his verbal abuse at the top. In addition, he had to face one classmate in person, to bless him, before he was free.

Greg discovered that as he forgave he was forgiven. When he forgave is father, Greg felt he let go of toxic emotions and his attitude changed. Understanding his dad’s limited relationship abilities, he could now honestly bless his dad. Today, Greg is founder of Cancer Recovery Foundation. His message of hope and healing, through history’s greatest prayer, reaches more than five million patients and family members worldwide each year.

Greg learned there is no such thing as general forgiveness. God wants us to be specific— very specific. That means facing where we have come from.

Forgiveness, even specifically, seems out of the question for many individuals who have been sexually or mentally abused. They say, “I cannot forgive that person.” What they say is true. They cannot. Only God can and has already done that through the blood of Jesus Christ, His only Son who died for that person’s sin.

Joan Hunter, with a healing ministry, has led the way for thousands to be able to separate the sin from the sinner. She deals with issues of the heart, instructing to “put that person’s SIN on the cross and then forgive”; that Jesus is the only One who can forgive sin. This brings healing and freedom. 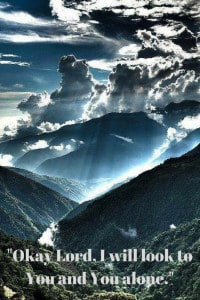 Denise’s healing arrived when she faced her abusive past, a past she did not know she had. Before her healing and feeling up to adopting a baby, she battled severe stomach problems. She had trouble breathing because of acid, reflux-type problems. All she wanted was for the “doctors to fix me!” Every time she visited one, she was placed on a new drug that led to anxiety attacks and other problems. She was hypersensitive to everything; on steroids for a year-and-a-half that caused emotional oversensitivity; so then she cried all the time and was given an antidepressant. It made her feel like she was climbing out of her skin. She finally realized drugs were only making things worse.

“Okay Lord, I will obey you and look to You alone,” Denise committed to quit looking at her circumstances, which only led to being a hypochondriac and obsessed with what was going on inside her body.

She began by reading books about spiritual warfare and spiritual healing. She realized how the television shows and bad movies she and Joe were watching opened themselves up to spiritual attack—disturbing their peace. Joe did not know what to do with her in this state, so every night after work she went to her room to read. At bedtime, she slept in her chair—still feeling like acid was in the top of her head.

One book led to another until Freeing Your Mind from Memories that Bind, by Fred and Florence Littauer, and Lord, I Want to be Whole, by Stormie Omartian, gave more answers— answers the Lord alone gave her. An incident of unauthorized touching, which happened at a friend’s house, gave her flash backs of sexual molestation when she was a child. Men had always been predators to her, but after facing this past event, healing came quickly, if not immediately.

This flash back led to another—a head injury. She wondered, are there other lies I believe? She called her brother Tom to find out, “Hello Tom, do you remember our being in a car accident and in an ambulance?”

“I thought you’d never remember that. I was nine years old and you were four. Mother and our step-dad were in the car, drunk. He was accusing her of cheating on him. He said, ‘I’m going to kill your baby.’ He sped up, driving crazy, hit a semi head-on. Denise, you were the only one really hurt. You went through the windshield and spent two days in the hospital. There were other accidents, but this was the worse.”

“I’ve had a flash back of a large knot in the middle of my forehead, that’s all.”

“A lady at the hospital was very mad at mom because she was drunk. She told her this had better not happen again!”

Forgive and be free 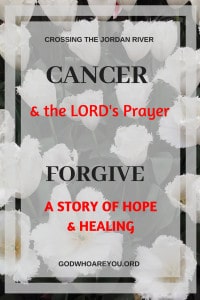 Before this, Denise grieved for her mother all the time—captive to her rose-colored memory. From the time she was sixteen, she knew her mother was not everything she should have been, but now she was free. She was free to break that generational curse and determined not to make the same mistakes her mother made. She would never shove things under the rug to never deal with them and move on like nothing happened—like her mother did. She would raise her children to know God and teach them His ways; she would forgive.

During this time of seeking God, Denise was given three dreams revealing different stages of her healing. Two angels showed her a mirror that reflected her back. It held three ulcerated sores on it. They turned her around and waved their hands on her back, turned her around again so she could view it, and said, “See, you are all healed.”

Later, Denise had another dream, more like a nightmare. A mask was being pulled from her face, and then it was forced back on, bringing shackles with it. She said, “No, I will not go there again!” She knew then, that she truly was healed, and the things that had blocked her from relationships, especially with her husband, were all gone.

The only thing that upsets Denise now is when she is agonizing over someone else who does not know God’s amazing grace, “I’ve been freed from a lot of baggage, things I didn’t even know I had. People are living like they are asleep, living life unaware. God doesn’t want us to live life asleep, just going through the motions. He says we are to be alert and aware. The enemy is prowling like a lion seeking whom he may devour. If we are carrying all this baggage, we are blind. How then can we be aware?”

If you enjoyed this excerpt from my book, GOD Who Are You? AND Who Am I? Knowing and Experiencing God by His Hebrew Names, I invite you to sign up for my FREE eCourse bonus to the book at the link below, or  LEARN MORE